The boundary is drawn as tightly as possible to existing build. It is usually drawn along the immediate domestic gardens of properties on the outskirts of the village. It is not drawn to reflect ownership and therefore excludes some land in large estates or gardens. It is agreed to only include the land immediately next to a dwelling.

Inclusion of land within a settlement boundary does not mean that all land within the boundary is automatically suitable for new development. And land outside the boundary may still be developed but the rules are tougher for a developer to gain permission.

The proposed Draft Settlement boundary is shown below and may be downloaded. This is a revision to the plan approved on 19th January 2021 to add the development at Fletton Drive off Whaddon Road that is now close to completion. The Settlement Boundary will be included as part of the draft Neighbourhood Plan for final approval by the village through a referendum. 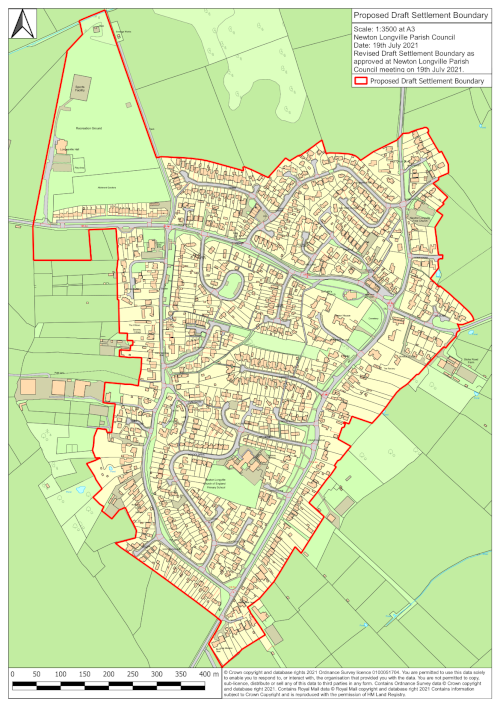