It is with deep 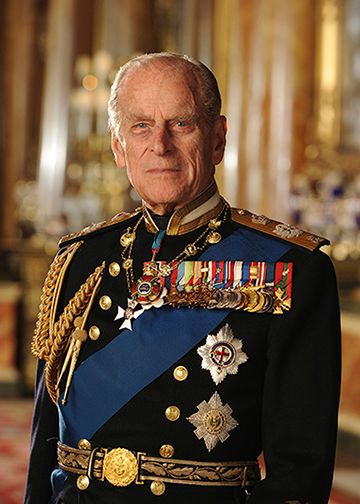 sorrow that Her Majesty The Queen announces the death of her beloved husband, His Royal Highness The Prince Philip, Duke of Edinburgh.

There will be a period of national mourning from 9th April for 8 days until the morning of the funeral. More details will be added to this webpage as they become available.

During the current public heal 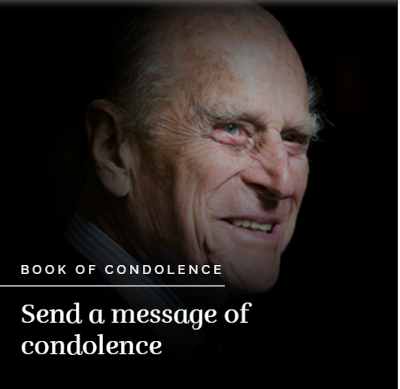 th situation, Books of Condolence will not be available for the public to sign.

Members of the public wishing to express their condolences are encouraged to send a message to the Royal Family using online book of Condolence that has been opened on the Royal website.

In accordance with public health advice, members of the public are asked to continue to follow the current Government guidance, not to gather in crowds, and not to visit Royal residences to pay their respects.

During this time the Royal Family ask that members of the public consider making a donation to a charity instead of leaving floral tributes in memory of The Duke of Edinburgh.

His Royal Highness passed away peacefully this morning at Windsor Castle. Further announcements will be made in due course.

The Royal Family join with people around the world in mourning his loss.

The Duke of Edinburgh, who was the longest-serving consort in British history, had returned to Windsor Castle on 16 March after a month in hospital.

"It is with great sadness that we hear of the death of HRH Prince Philip. On behalf of Newton Longville we send our deep condolences to the Royal Family. I will be writing to The Royal Household to express our sympathies.

Due to current COVID-19 restrictions no Book of Condolence will be opened within the parish, anyone who wishes to send condolences are invited to do so on the Buckingham Palace online Book of Condolence, which is available at www.royal.uk and from the parish council website.

During this time the Royal Family ask that members of the public consider making a donation to a charity instead of leaving floral tributes in memory of The Duke of Edinburgh."

Justin Welby, the Archbishop of Canterbury, said the duke "consistently put the interests of others ahead of his own and, in so doing, provided an outstanding example of Christian service".

The palace added: "The Royal Family join with people around the world in mourning his loss."

Statement from HM Lord-Lieutenant of Buckinghamshire

It is with a heavy heart that I announce the death of His Royal Highness, Prince Philip, Duke of Edinburgh KG.

Prince Philip has been the most staunch and loyal consort of Her Majesty The Queen for over 70 years, giving her his unstinting support and encouragement in the service of the Crown. In his own words he stated that ‘it was his duty to serve the Queen in the best way that he could’ and this he has done with commitment, energy, wisdom, and good humour. His involvement in over 780 organisations is testament to his work and interest in many different facets of life, from his role as a Founder of the World Wide Fund for Nature to his support for the Armed Services, charities and businesses, as well as his deep concern for the healthy development of young people though the Award Scheme which carries his name.

His Royal Highness leaves a lasting legacy from a lifetime of service to the nation and will be fondly remembered by all those whose lives he touched. The nation mourns his loss, and the thoughts and prayers of us all in Buckinghamshire are with Her Majesty and the members of her family.

In light of the sad news of the passing of HRH Prince Philip, we have put a photograph, prayers and information to the link for the online book of remembrance in the church porch. If you wish to go along to spend a moment in quiet or say a prayer there and see the link/QR code to the Church of England's online remembrance book (as we are advised not to use physical books during the pandemic). We intend to keep these in place until after the funeral.