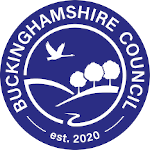 Dangers from throw-away barbecues have prompted warnings from Buckinghamshire Council as lockdown restrictions are relaxed and residents are able to travel more widely for leisure.

Eagle-eyed residents in Aston Clinton reported having to douse several disposable barbecues left burning on the grass by visitors in the local park over a weekend.

Clive Harriss, Cabinet Member for Sport and Leisure, said the inherent danger of using any device with a naked flame was one the council wanted to avoid.

And, he said, in the past few days Bucks Fire and Rescue had been called to blazes in woodland and open spaces across the county, from Cliveden and Farnham Common in the south to the Milton Keynes borders in the north, including a disposable barbecue in High Wycombe.

There's concern for safety in the county's parks, woodland and open spaces, particularly since country park rangers reported a fire in Thorney Park.

While barbecues, camp fires, and stoves are not allowed in Buckinghamshire country parks, Clive urged residents not to light fires or use any device with a naked flame in woodland or open spaces, and to dispose of cigarettes carefully.

"We're all feeling constrained by the lockdown restrictions, and even the most mild relaxation on travel and leisure risks a release not unlike a coiled spring! Witness what we've seen on the coastal beaches in the fine weather," he said.

"As we're now able to enjoy the wonderful parks and open spaces we're fortunate to have in Buckinghamshire, I urge that we remain vigilant about the risk of fire, especially as the weather has been so mild and dry."

Clive added: “It also goes without saying that people should also dispose of all their rubbish in the bins provided or better still, take it all home. That way we keep our countryside and open spaces as attractive as possible for everyone to enjoy.”